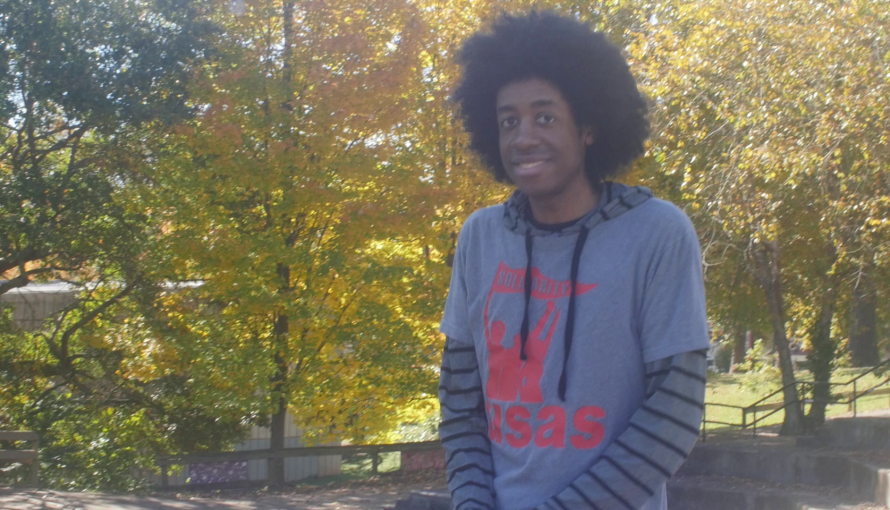 On September 16, 2017, queer student activist Scout Schultz was murdered by a Georgia Tech police officer. The outraged community held vigils and protests, condemning Georgia Tech and the police department for their role in the killing.

Having killed a student they were responsible for protecting, GTPD was faced with a public relations disaster. The department sought to suppress further protest activity using intimidation. They used video surveillance of protesters to identify them, track them down, and jail them with spurious felony charges. JT, a well-known campus organizer at Georgia State University, was identified by police as a suspected protest leader. Officers came to JT’s home and arrested him, falsely accusing him of felony “inciting to riot” and “obstructing a police officer”. The legal team later learned that even the arresting officers did not have any evidence to support the charges, and were simply making the same claims against each activist they could identify.

As a result of being targeted, JT was also threatened with expulsion from Georgia State University.

Protest is both a human right and a legal right, but police departments often refuse to respect this unless they are forced to. The Atlanta Solidarity Fund not only helped to secure JT’s release from jail, we also backed his lawsuit against the police to send a message that violation of rights is not taken lightly. We aren’t content with just getting protesters out of jail after they’ve been mistreated. We insist on a world where nobody has to fear incarceration for demanding justice.

Four years later, JT and attorney Drago Cepar have finally prevailed against GTPD, forcing them to pay a substantial settlement. In JT’s words, “perhaps next time they’ll think more carefully before they illegally arrest someone”.